Where we came from

Discover the incredible, inspiring and unique story behind our origins that shook the world of banking. A global DEI report and change campaign led by one man building on the legacy of George Floyd, Project Speak Up shook the white-male dominated world of banking and changed the perception of people and conduct risk forever.

Why firms must wake up to importance of D&I and People Risk, or else face:

“I was the poster boy for diversity at Europe’s largest bank. I set up 3 Employee Networks and helped lead 4. I sat on 2 DE&I committees, I was a prolific panel speaker, I organised and presented DE&I events and moderated DE&I training classes. I mentored graduates and welcomed interns. I put my heart and soul into gentle gradual change towards a more progressive and accepting institution over 15 years.

But in the end, nothing worked at shifting the pendulum and I continued to both endure personally and witness against others very vivid discrimination taking place successfully across our firm that in my opinion met the definition of hate crime under the Equality Act. With all my firms checks and balances vividly showing themselves to be unable to combat the criminal behaviours I and others reported time and again, and with management consistently failing to Listen Up to what we were saying, I realised the only way to fulfill my legal obligations to report the gravity of these alleged crimes to a competent authority was to take more drastic measures to Speak Up effectively.

On my own initiative, Project Speak Up was the product of 300 hours extra overtime on my part. Over 100 interviews with marginalised staff - past and present - and DE&I leaders accompanied by tireless research and senior management briefings that revealed the extent of the problem was larger than even I could have ever imagined.

After submitting my report to the CEO in July 2021, the bank rallied around the DE&I agenda and I was filled with renewed hope for progress and pride at my long-time employer. But as the dust settled from the initial press coverage borne from the unexpected leak and external industry interest in my efforts, it became clear to me through my discussions with senior management that the banks response to my landmark report would not be sufficient to safeguard the many marginalised colleagues I represented up and down the bank from further harm.

Faced with active whistleblower retaliations by maligned factions within the bank,  coupled with a lack of proactive advocacy from aligned factions, I was left with no choice but to leave the firm and career I loved - the nuclear option. In order to deliver success I would have to become the worlds first declared banking whistleblower on race inclusion and give up my life's work in banking.”

In this section, you can: 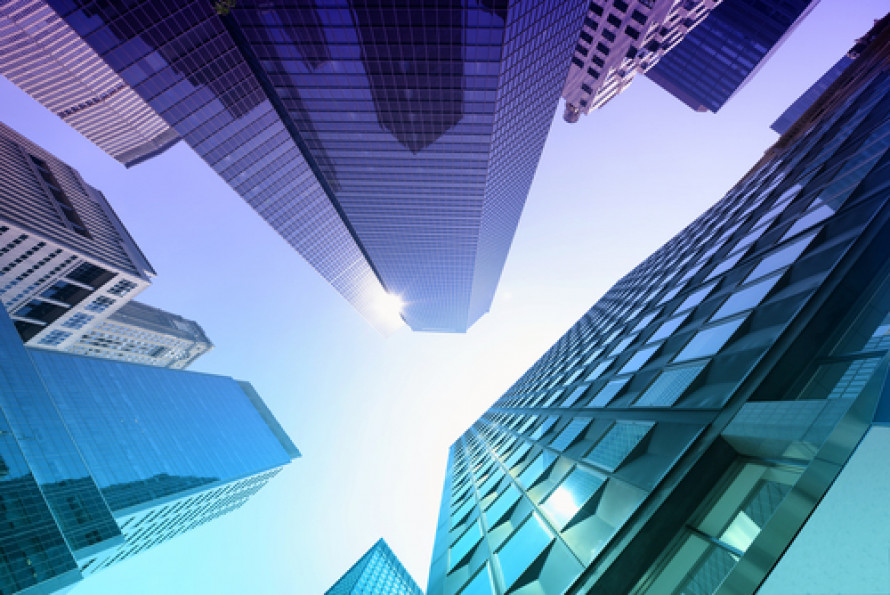 What is 'Project Speak Up'?

'Project Speak Up' is the incredible, unique story behind our origins. Authored and led by our Founder Ian Clarke between January and August 2021 during his time as Vice President, Global Banking Sales at HSBC USA, it included:

What were its findings?

Among its 11 shocking core findings detailed on page 4: 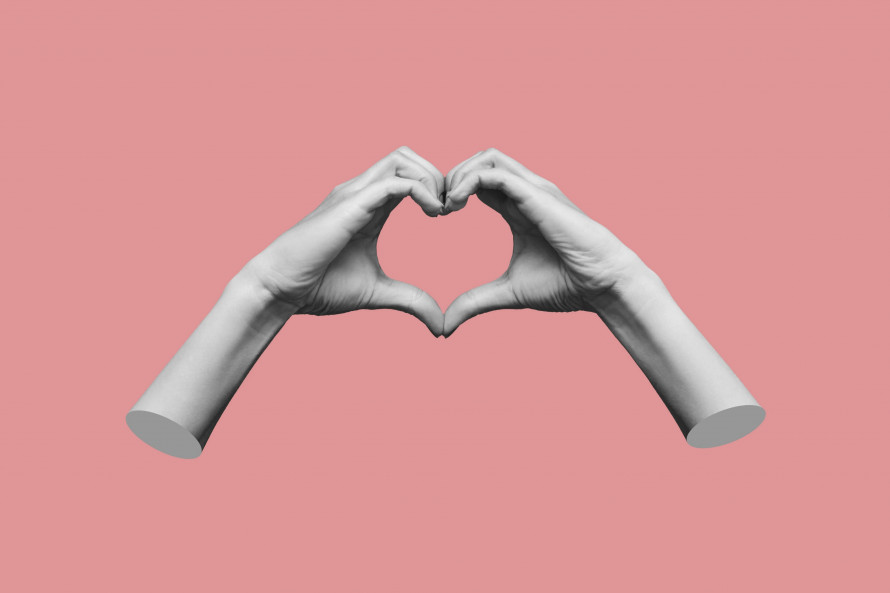 What was its outcome?

Project Speak Up and its media storm sent shockwaves across the global banking industry, changing the perception of People & Conduct Risk, and elevated Reputational Risks for corporate DE&I non-performance forever.

The report and supporting resources one bank CEO called 'a gift for anyone serious about tackling DE&I across financial services'. 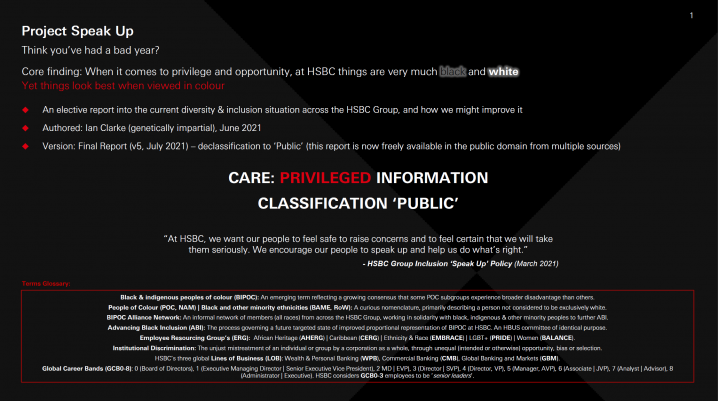 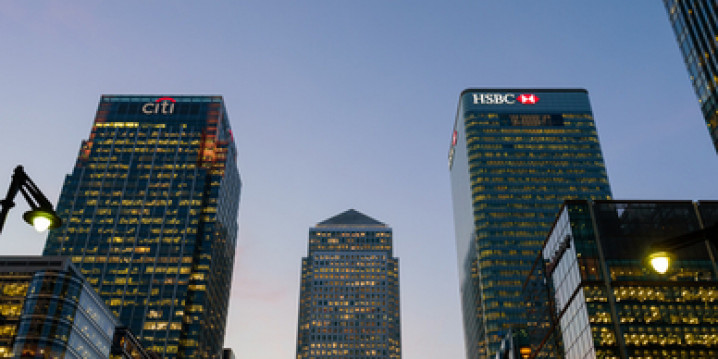 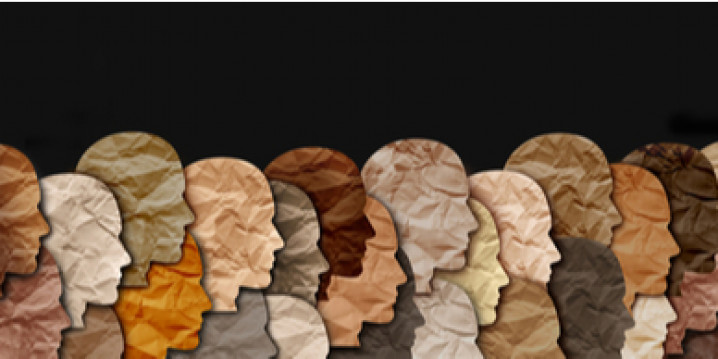 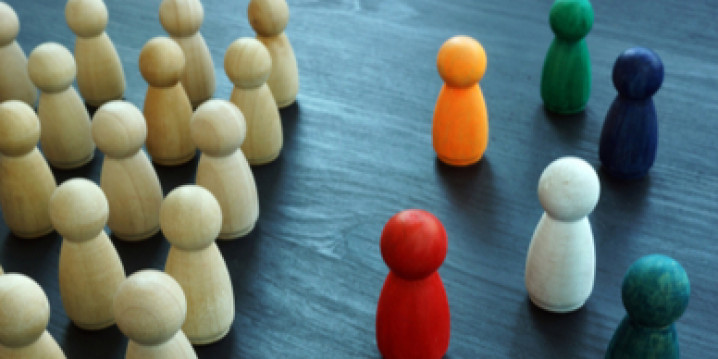 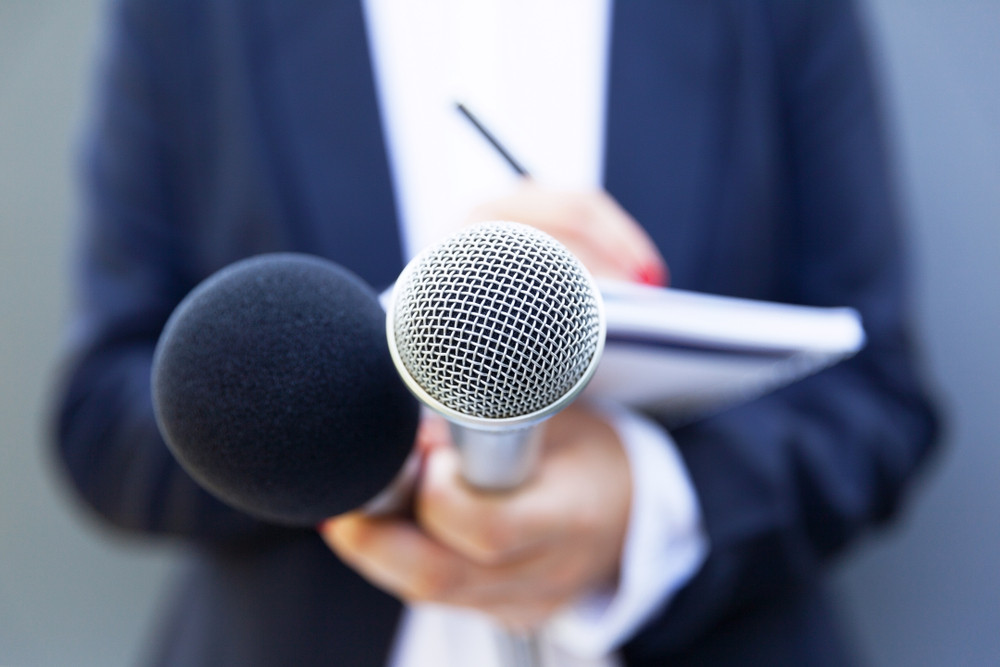 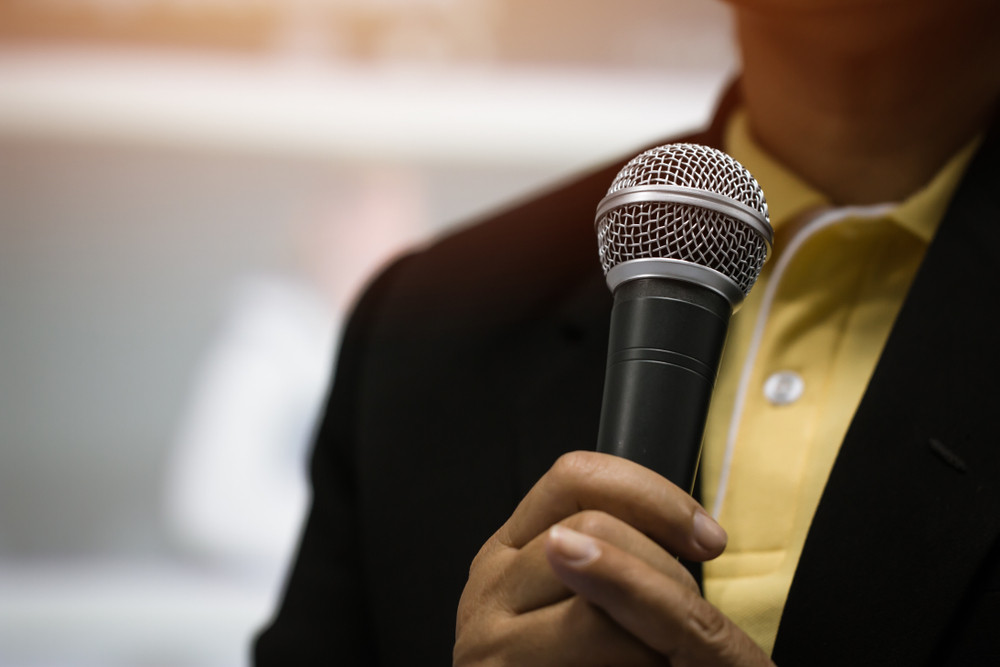 Saving a bank - An employee guide to speaking up

Project Speak Up in the press

Press reports about Project Speak Up were printed in 16 languages and published across 120 countries worldwide. Here is a selection of some of the best journalism to cover the story of our creation. Ian's wide reaching interview with Financial News Group recounts his experiences at one of the world‘s largest banks, his efforts to educate on the challenges faced by marginalised people in big business and the initial reception when 'Project Speak Up’ landed. Two thirds of UK minorities experience discrimination in finance: ‘They aren’t welcomed at the golf club’.

Race discrimination cases spike nearly 50% during pandemic: It’s the opportunity to speak up. 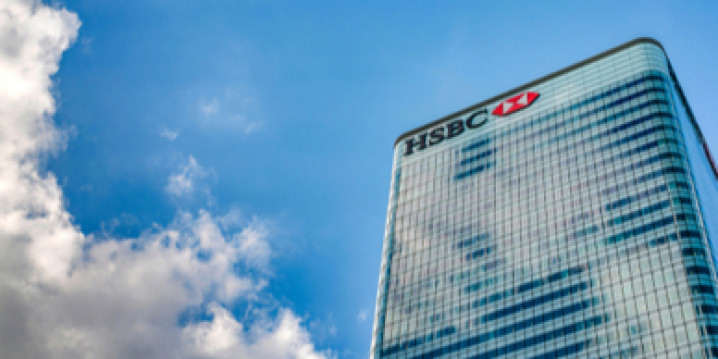 HSBC manager who called out racism quits citing a lack of support. 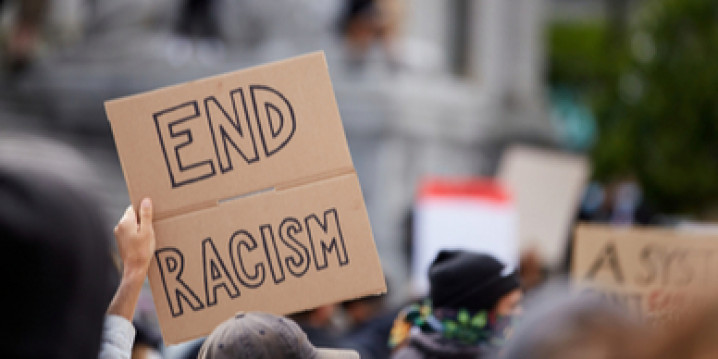 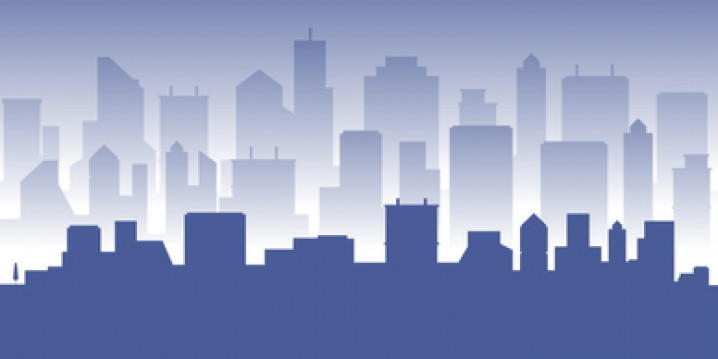 An interview with our Founder

Why do you / should you hate [xyz] people?

Don’t shut down conversations that need to happen by taking things personally otherwise we can never dismantle oppressive systems. It is not racist to call out racism as ‘racist’. It is racist to ignore racism.

What’s wrong with the world of banking today?

Like the brain, skin is just one of 78 organs within the human body - a collection of tissues working together to perform a common function. But unlike the brain, our skin has absolutely no bearing on our character, capability or nobility.

Todays banking system isn’t administered by some omnipotent super computer fairly assessing needs and risks to make rational decisions. Instead, it is boardroom after boardroom of mostly white, older, heterosexual men. Men whose life experiences may not permit them the breadth of vision and empathy on the needs and interests of people different to them.

Why did you embark on Project ‘Speak Up’?

Every human being is a miracle of life. Every life gets just one story to tell. I decided rather than a sad story that mine would be one of love.

Isn’t it strange that we can all universally, without being international superstars agree that the right thing to do is #freebritney? And yet for some strange reason, none of us are allowed to even acknowledge that racism exists, let alone discuss the advancement of black rights? I chose to challenge because I sought to use up some of my privilege to break this illusion.

Being half white and half black by heredity gives me a unique, genetically impartial view of the conundrum that is race equality. Until white people see that black lives also matter and that it is in fact white supremacy that threatens our privilege, we are all doomed. I never wanted to be the hero some people are calling me, I just wanted to do the right thing, show leadership and demonstrate that speaking up about that which is wrong is not just commendable, it is a moral obligation upon us all.

How do you see the future?

The world is undergoing a generational shift. The values of the past are in their dying days as science, laws, regulations and public opinion continue to align against prejudice and power shifts towards more secular, more liberal, more connected, internet-, social media- and tech- savvy Millennials. In desperation, those discriminators with power and privilege are fighting back stronger than ever by sewing senseless division over things that don't matter (like what colour your skin is), and this is manifesting in growing levels of conservatism, prejudice, nationalism, populism, anger and fear.

They will fail ultimately - after all, their arguments make no sense and are motivated solely by selfishness and ignorance - but only if we act in the interests of what’s right and with our superior strength of conviction and morality.

Project Speak Up was a rebalancing of the pendulum that swings between the powers and values of the past and future. A reminder to those driven by prejudice and hate that the more they oppress disadvantaged communities, the more they attack that which makes us special, the more we will reign in their privilege and accelerate the demise of their voice in the world.

Why did you resign instead of staying to finish what you started?

Tragically like all institutions, banks are facing surging levels of illegal discrimination, and none more so than against black and other darker skinned communities. Firms are waking up to the value of the black and pink pound, sure. But it's time they began to honour their words with meaningful actions, and I just wasn't seeing any evidence of that. Words mean so little, when our actions paint such a clear picture to the world.

There remains many headwinds yet to be addressed, largely due to an absence of reward yet many risks for allyship/advocacy from majorities.  I was advocating for a change in strategy that would’ve brought about multi-billion dollar new revenue streams. But instead of entrusting me to deliver my plan, my firm asked me to return to my own little corner of the bank to face illegal repercussions, leaving only partial implementation of my DEI plan to a select group of senior white bankers who quite clearly didn’t get it. That just wasn't for me.

Whatever good intentions there may have been on the part of the bank, I cannot see how, if you are going to ask people who fundamentally cannot understand these concepts to then execute a strategy to fix them, there can ever be success. This is performative allyship only and morally I could no longer continue selling my firm to big business whilst carrying such knowledge. If we are to successfully tackle this disease, we must start placing the long term interests of our nations, industries, firms and peoples ahead of short term personal or financial gains. The cost of a single career and livelihood seems of little consequence when deliberating on the futures of countless millions.

Why did you betray your company?

I tried to save my firm. The evidence of hate crimes I alone endured under the UK and US Equality Act over my 15 year career constitutes litigation risk in the order of ten's of millions of dollars to my company. If every victim sought to take legal action, we have no firm left.

Meanwhile, if we do the right thing and protect all our people from harm - as my strategic plan sought to do - the prize is billions of dollars in new revenue streams and mitigated legal, regulatory and financial risks.

I never sought this outcome. It was not I who leaked the report.  I wrote my report - in all its truth - as I wanted to help my management colleagues safeguard the future of our firm and all who sustain it. But ultimately the support was not  there internally to change. So sadly, the consequences demanded by the UN, the regulators and the law that I sought so hard to avoid should inevitably follow, as they will for all firms who ignore their DEI obligations by profligating hate.

What evidence do you have of discrimination?

Visit the Downloads section in our Media Centre for a copy of my Resignation Press Pack, including infographics and other information documenting the activity of discriminators within my team. This is just a small snapshot of the robust evidence I carry.

My Project ‘Speak Up’ report provides the ultimate commentary on the unquestionable disadvantage  facing marginalised groups - including women, LGBTQ+, non-white ethnicities, young people and people with disabilities or neurodiversity- in the world if big business today.

Why are you so critical?

That’s simply not true. I love my ex employer, and was one of its biggest advocates publicly for many years. I’ve been in adverts, magazines, podcasts and YouTube videos, not to mention the boardrooms of half the Fortune 500 selling my firm as an exceptional company to bank with for years.

Like my letter of resignation, my report is a love letter to my firm and, since it was made public, to the world. Anyone who’s actually read them will see that.

Many people criticise, but very few actually try to instigate positive change themselves. I gave up a $200,000 a year job and a bright future in banking to try to advocate for those less fortunate. My report and follow up booklet ‘How to save a bank’ is full of cost-neutral DEI ideas and recommendations. If enacted, they would have generated immense wealth for my firms leaders, shareholders and indeed the communities that we serve - all of them. But instead, and so tragically, my firm chose a different path until my resignation and associated press coverage finally demonstrated unequivocally the case for meaningful change.